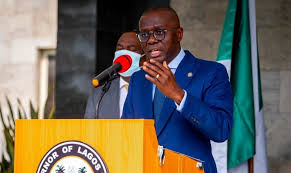 Three men, Abubakar Muwa, Sarauta Monsor and Surajo Yusuf have been charged to court for killing a commercial sex worker in Lagos.

Her offence what that she kept a Quaran in the brothel where she exchanged her body for men.

The men that led others to assault, knife and lynch her was her customer who she accused of stealing her N5000 after sleeping with her.

The man had left the brothel but the sex worker ran after him claiming her N5000 had disappeared.

They pounced on her, stabbed her and set her ablaze.

The Police Public Relations,SP Benjamin Hundeyin is aware of the incidence.

He said “The case is at the State Criminal Investigation Department, Yaba and three suspects have been charged to court.”

Sources told the media that “The Northerners, who were with the customer that the girl accused of stealing her money asked if she was sure that he stole her money. So they decided to go and search her room where she attended to her customers

While searching the room, they found Quran under her pillow and started asking what she was using the Quran for as a prostitute. So they started attacking her, they stabbed her, tool her out and set her ablaze’

The incident happened at Alaba Rago, where a lot of Northerners reside. The girl that was killed also came from the North. Their grouse was that she was not supposed to be carrying Quran because of the kind of work she does.”