The journey of Sisi Abba

in Uncategorized
Reading Time: 4 mins read
A A
0

The journey of Sisi Abba

Young Nigerians may not understand the enormity of Chief Obafemi Awolowo, the first Premier of the defunct Western Region (now Ekiti, Edo, Delta, Lagos, Ogun, Osun, Ondo and Oyo states). The territory he superintended extended from Badagry in the West to Asaba in the East. 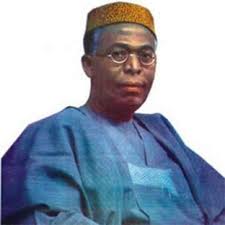 I had the opportunity of seeing Awolowo at close quarters for the first time in 1983. He was the presidential flag bearer of the Unity Party of Nigeria (UPN), for the historic 1983 general elections, becoming the main challenger to incumbent President Shehu Shagari of the ruling National Party of Nigeria (NPN). Our news editor at the National Concord, Mr. Dayo Onibile, had asked me to cover the press conference at Awolowo’s Park Lane residence in Apapa, during which Awolowo was to introduce his running mate, Alhaji Muhammadu Kura from Bauchi.
There were three governors at the event apart from other top party leaders such as Chief Ebenezer Babatope and Chief M.C.K Ajuluchukwu. The dining table that had been improvised for the conference was covered with a white cloth. Ogun State Governor, Olabisi Onabanjo, the journalism icon, came and rearranged the already well-arranged conference table. Then he entered the inner room. Soon, Oyo State Governor, Bola Ige, came in and made his own attempt to adjust the same table. Then Lagos State Governor, Lateef Kayode Jakande, came in and tried to improve on the arrangement of the same conference table!
Soon Awolowo emerged with Alhaji Kura. The governors clustered around him like young acolytes. Awolowo introduced his running mate and after the short conference, we journalists lined up and he was shaking hands with us one by one. When it was about my turn, Governor Onabanjo came and ushered him away! Four years later, when Awolowo died, Governor Onabanjo was like the chief mourner in Ikenne, Awolowo’s country home. He was simply all over the place and being a journalist, he was our main man.

For me, the five years between 1983 and 1987 had been very eventful for my career. I had been transferred from Lagos to Akure to become the Chief Correspondent of the National Concord for the old Ondo State (now Ondo and Ekiti). I returned in 1984 and became a member of the pioneering team of the pace-setting Newswatch magazine under the leadership of Dele Giwa and later Ray Ekpu.
“I am not happy with you sir,” I told Chief Onabanjo one afternoon in Ikenne. “You have treated me badly!”
“What have I done?” He asked.
“You did not allow Papa Awolowo to shake my hand,” I blurted out. I explained our Park Lane encounter with him.
“Ah Dare! I can shake your hand on his behalf!”
Why was shaking hands with Awolowo so important? For people of my generation, a handshake with Awo was like a spiritual impartation. I later met many times with Awolowo’s widow, Chief (Mrs.) Hannah Idowu Dideolu Awolowo. Mama HID was a formidable woman of great experience and stamina. I don’t think history would have given us Awolowo if he had married a less capable woman.
In one of our encounters, I asked her why she and Papa named their first child Oluwasegun (God has given us victory). That is not the kind of name you give to a first child born after only about one year of matrimony. That name is given only when the couple has gone through troubles and tribulations, especially when they are looking for a child, and their effort is eventually crowned. Mama explained that Oluwasegun was given because she and Papa went through a lot of troubles before they had their first child.
First, their courtship was problematic because it was opposed from both sides. Obafemi Awolowo was an only son. He had only one sister. Dideolu was an only child. Her mother had two sets of twins, hence her name Idowu, but the four children died in infancy. How could an only son be allowed to marry an only child? But both Dideolu and Obafemi were stubborn lovers and eventually they married in December 1937.

Awolowo was a young prosperous businessman and unionist who was attracted to trouble. His wife was pregnant. Ikenne, his town, was in the grip of a bitter chieftaincy dispute and Awolowo supported one of the claimants. He was then building his country home and though his wife was heavy with pregnancy, he allowed her to travel home to supervise the building. It was while in Ikenne that Dideolu went into labour and delivered a premature baby boy in January 1939. At dawn the following morning, the baby was breathing faintly and they hurried to Ibadan where mother and child ended up in a maternity hospital run by Catholic missionaries. The Awolowos were lucky. The baby survived. Hence, the name Oluwasegun.
By 1963, Awolowo’s years of power were behind him and his years of trouble were before him. His son, Segun, had returned from England, a qualified lawyer. He was the pride of his family. His father was in Broad Street Prison, where he was on remand during his trial for treasonable felony along with many of his top colleagues of the Action Group party. On July 4, 1963, Segun was travelling from Ibadan to Lagos to appear in court on behalf of his father. It was a fatal journey. That afternoon, a bishop and some other elders met Awolowo in prison. Awolowo guessed something terrible must have happened when the bishop broke down and wept. His beloved son, Oluwasegun, was dead.
Awolowo and his wife were aware that Segun had some female friends. One of them was Abba Koku, a shy and comely girl, who was the closest to him. When they learnt she was pregnant, it was good news for them. She was delivered of a baby boy whom they named Oluwasegun Jnr. Abba Koku later tried to pick up the thread of her life after the tragic and sudden departure of her lover. She is to remain significant as part of the Awolowo unending saga.

I met her for the first time when my friend, Gbenga Daniel, an Engineer, was the Governor of Ogun State. No one can fail to notice her regal bearing and serenity. She is a fashion icon and enduring social force. She has tried to build a business base and create a social aura beyond the hazy reputation of a socialite. She had been married to a prince of Ijebu Ode, Lagun Adesanya, a wealth businessman and pastor of the Celestial Church of Christ.
In later years, she became the darling wife of Alhaji Iyanda Folawiyo, the Baba Adinni of Nigeria, the lay president of our country’s Islamic laity. Folawiyo was a larger than life figure and his emergence was a divine compensation for Sisi’s life of sacrifice and great pursuit. Her short fling with Segun senior in 1963 has come to dominate and delineate her life. It shows that a life journey can be determined by a single, almost insignificant incident. Sisi Abba was an innocent, but involuntary participant in the tumultuous events of the 1960s. It shows that it is not only the politicians and leaders who bear the burden and consequences of their actions. If only we learn our lessons as we race again to the general elections of 2023!
Sisi Abba celebrated her 80th birthday recently. What a serene and glorious life despite the turbulence and relentless strivings! Her only son, Segun Jnr, is now a well-known public figure who served lately as the Chief Executive of the Nigerian Export Promotion Council (NEPC). Indeed, Oluwasegun!