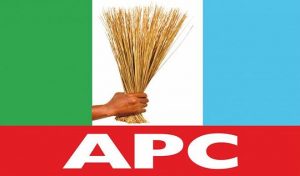 SW APC yet to pick Deputy National Chairman.
By Samuel Ogunsona
The All Progresives Congress, (APC) in the South West is yet to pick anyone for the position of the Deputy National Chairman in the zone.
The APC Zonal Publicity Secretary,  Hon Oladapo Karounwi said the party will announce its preferred candidate at the right  time.
Karounwi said the South West Caucus was drawn to a misleading information published by a national newspaper on Friday.
He said the caucus was yet to approve the appointment of Senator Abiola Ajimobi as the Deputy National Chairman of APC.
He said “the story was fabricated and it was a complete falsehood as nothing like that happened in the said meeting.”
He said members of the public and APC members should disregard such claims.
“How can the leadership Caucus in Abuja ratify a non existent endorsement and approval as claimed by the Tribune publication. As the Zonal Publicity Secretary, statutorily responsible for dissemination of news and information from the Zonal Caucus, I did not issue any statement after the Osogbo meeting because I was not authorized to so do.”
According to him the newspaper should  take seriously any matter that can put its integrity into question.
“Once again, I will like to reiterate the Statement of the National Vice Chairman South West and the Chairman of the South west Zonal Caucus, Pastor Bankole Oluwajana, that the Party never approved nor endorsed any candidate at its Osogbo meeting and that the APC National leadership will resolve  who among Senator Gbenga Aluko and Senator Abiola Ajimobi will occupy the vacant seat at the appropriate time”
ShareTweetSendSend