Sokotoo Murder: How Yoruba Muslims handled case pf Blasphemy against prophet Mohammed(SAW) by a Christian lady by a lady 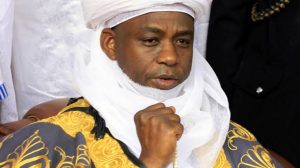 koto Murder: How Yoruba Muslims handled a case of Blasphemy against Prophet Mohammed (SAW) by a Christian lady in Ibadan

In August 2010, a Christian law student of the University of Ibadan, Miss Seun Adegunsoye, who was a first class student, attended a Jumu’at Service of the University Central Mosque during the first Friday of that year’s Ramadan.

After the sermon, the prayer began as the Imam said Allahu Akbar and the congregation followed the same suit.

As expected, everything became silent and quiet save the voice of the Imam who would be reciting Suratul-Fatihia and other Surāh.

Then, Seun began to roar at the top of her voice preaching the words of gospel in the Mosque.

Seun wouldn’t stop as she continued with ‘blasphemous’ words of this effect:

” No matter the amount of congregation, you won’t enter Paradise. Allah is not God; Jesus is Lord. Accept Jesus as your Personal Lord and Saviour….”

Of course, everyone in the Mosque was confused and at the tether’s end of their wit for this had never happened before then. It was outrageous and unprecedented. Nay, it was sacrilegious.

After the prayer, the Muslim Youths had besieged the female quarter where Seun was. They had huffed and puffed to mortally wound her till she eventually land in hospital or lay in her grave.

The Muslim elders in the Mosque had envisaged what might really happen. So, they rushed out to protect the lady and quench the protest.

The case later got to the hearing of erstwhile Vice Chancellor, Professor Bamiro. The VC invited the parents of the lady with a four-man committee from the Central Mosque.

After considering the circumstances around the incident that the VC himself described as ‘surprising and unfortunate’, Prof. Bamiro resolved to suspend the student.

But, the Muslim elders and leaders there took to the tenent of Islam and teaching of the Noble Prophet Muhammad (pbuh) by being considerate and clement.

They begged on her behalf and ensured she was stayed and started her exams because examination actually was to commence in Faculty of Law around that time.

Adherents of all religions should show mutual respect, love and tolerance for others with different religious beliefs and ideologies.

Seun committed a more grievous offence in UI and she escaped. Deborah who allegedly committed a less grievous paid with her life in Sokoto.

Children should watch their utterances and actions at all times. Majority of the youths in the North are out of school children who are bitter at the circumstances that the system puts them.

I’ll Shock Those Who Want To Destroy Nigeria, Buhari Warns