N14.7bn proceeds from PHCN ends up in private accounts 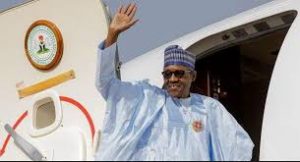 N14.7bn proceeds from PHCN ended up in private accounts

Some N14.7b proceeds from the sales of the Power Holding Company of Nigeria, (PHCN) ended up in private accounts, the report of the Auditor-General for the Federation’ has indicated. The sales were carried out by the former President Goodluck Jonathan administration.

The report presented to the Senate Committee on Public Accounts indicated that a substantial amount of the public funds sourced from the privatization went into private accounts, Irohinoodua heard on Monday.

The  ‘Auditor-General for the Federation’s Annual Report on Non-Compliance/Internal Control Weaknesses Issues in Ministries, Departments and Agencies of the Federal Government of Nigeria for the Year Ended 31st December, 2019,’ was submitted to the Senate Committee on Public Accounts prompting the committee to open up probe into the whole exercise.

The Acting Auditor-General of the Federation, Adolphus Aghughu, gave the report to the Clerk of  the National Assembly, Ojo Amos late last year.

The Auditor discovered that the public funds were still in the accounts of certain individuals as at December 31, 2016, three years after the exercise has been completed.

The report stated “Audit verification and reconciliation revealed that the sum of N14,720,396,432.43, being proceeds from the privatisation exercise of the Power Holding Company of Nigeria was reported in the bureau’s trial balance to be in commercial bank accounts as at31st December 2016.

“Whereas, the privatisation of the PHCN was concluded in 2013, the proceeds are yet to be remitted tom the Central Bank of Nigeria Privatisation Proceeds Accounts.

“The issue has been communicated to the bureau via a letter with reference no. OAuGF/RESAD/05/2016/07, dated 19thApril, 2018, and no response has been received.

“Unauthorised funds kept in commercial banks may be diverted for other purposes, thereby leading to loss of revenue available for government programmes.

“The Director–General (of the BPE) is required to recover the sum of N14,720,396,432.43, being proceeds of the PHCN, and remit same to CRF and forward evidence of remittance to my office for audit confirmation.”

Austin Omoigui: A Nigerian’s evergreen records on the field of medicine