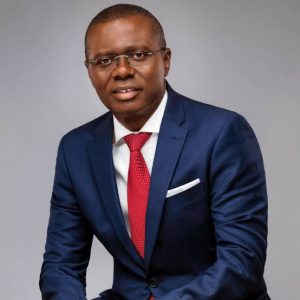 Chrisland School located in Lagos State has been shut down.

The Lagos State Government has issued a statement shutting down all the Chrisland Schools in Lagos State indefinitely.

Pupils of the Secondary school were said to have glorified various unethical conducts ranging from sexual abuse among themselves and also obscene behavior while on a trip to Dubai, the Middle East hub.

Many of the students were said to have conducted themselves in the most irresponsible manners exposing the moral bankruptcy of the school.

An official of the Nigerian Human Rights Community, (NHRC) Mr Kunle Olapade in a chat with Irohinoodua called for a moral audit of private and secondary schools across Lagos State.

“The Lagos State Government has done what is right. The Government should go beyond the closure to conduct moral audit in private and public schools in Lagos State. Many schools are turning out violent brats. Most private schools are interested in making money, extorting students without any attempt to plant moral education in them,” he said.

It noted that in view of the allegations, we are committed to ensuring that adequate medical and pscyho social support is provided.

The State reassure members of the public of the State Government’s commitment to safety and child protection, especially in ensuring that all child-centered institutions within the state, formulate and implement policies and systems that are compliant with the Executive Order (NO.EO/AA08 of 2016), Lagos State Safeguarding and Child Protection Program.

“We also use this medium to remind the general public that any person who engages in any visual depiction of sexually explicit conduct involving a child, commits an offence and is liable to custodial sentence of fourteen (14) years. This includes “producing, distributing, receiving, or possessing an image of child pornography, ” the government said