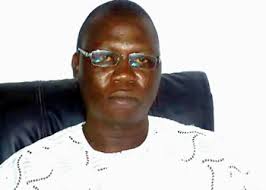 Otunba Gani Adams, is the leader of the Yoruba self-determination outfit, the Oodua Peoples Congress (OPC). In this exclusive interview with Irohin Oodua Online, he bares his mind on his early years, founding of OPC, politics and the recently launched Oodua Peoples Union (OPU). Editorial Staff, Babatunde Adeleke and Yomi Ogunsona met him. Excerpts:
Tell Us About Your Growing Up As A Child?
I was born in Arigidi-Akoko on April 30, 1970. My first primary school was in Erusu-Akoko; later I was trained by my grandmother. My father was a transporter in Oturkpo in Benue State and later relocated to Lagos. So, later I was brought to Lagos in 1978 to complete my primary school in Municipal Primary School, now Adeniji Primary School, Surulere and attended Ansar-Ud-deen Secondary School. I have diploma in International Relations & Strategic Study and a degree in Political Science. I started the struggle in 1993 after the annulment of the June 12 election. My struggle started through the Campaign for Democracy, (CD) under the leadership of late Dr Beko Ransome-Kuti. I was one of the people that founded the Oodua Youth Congress,(OYC), Oodua Youth Movement, (OYM) and also one of the few that founded Odua People’s Congress, (OPC).