Health minister and Conservative MP Nadine Dorries has been diagnosed with coronavirus. 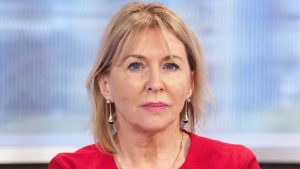 Ms Dorries said she has been self-isolating at home. Labour MP Rachael Maskell said she has since been told to do the same as she had met Ms Dorries.

The Department of Health said Ms Dorries first showed symptoms on Thursday – the same day she attended an event hosted by the prime minister.

Six people with the virus have died in the UK, which has a total of 382 cases.

The latest person to die was a man in his early 80s who had underlying health conditions.

Meanwhile, a 53-year-old British woman has become the first person with Covid-19, the disease caused by the virus, to die in Indonesia, according to local media reports.

It is not clear whether the woman – who was reportedly critically ill with multiple health conditions – died due to the virus.

The Foreign and Commonwealth Office said it is “supporting the family of a British woman who has died in Indonesia and are in contact with local authorities”.

The government is unveiling its first Budget, amid growing fears about the impact the outbreak will have on the UK economy.

Chancellor Rishi Sunak has pledged the NHS will get “whatever resources it needs” during the crisis as well as a “temporary coronavirus business interruption loan scheme” to support small and medium-sized businesses.

He also said the government will meet the cost of statutory sick pay for firms with up to 250 people, and people who are self-employed and fall sick will be eligible for benefits from day one.

The Bank of England earlier announced an emergency cut in interest rates from 0.75% to 0.25% in response to the economic impact of the coronavirus outbreak.

British Didn’t Hand Over Nigeria To Fulani, Nnamdi Azikiwe did