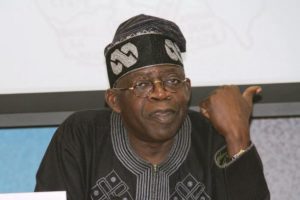 By Remi Oyeyemi
The loss of the Senate Presidency and the Speakership of the Federal House of Representatives by the APC faction of Alhaji Bola Ahmed Tinubu is another chapter in the naivety and misguided priority of the current ruling political class of the Yoruba nation. It would have serious consequences for the fortunes of the Yoruba nation in the foreseeable future. The conscious efforts of Tinubu to cultivate the friendship of the Fulani ruling class for the purposes of wining political power within the Nigerian context would definitely end in disaster and this is just the beginning.

ADELOYE: AMONG THE GREATEST, By Abraham Ariyo, M.D.

Buhari Tribalism: The Danger and Need To Challenge It.