By Samuel Ogunsona
No court nullifies our primary

The All Progressives Congress, APC has debunked the rumour being circulated by some unscrupulous elements, claiming that a court in Abuja had “nullified Ekiti APC Governorship Primary, 72 hours to Guber Poll.”  https://irohinodua.org/?p=9097&preview=true 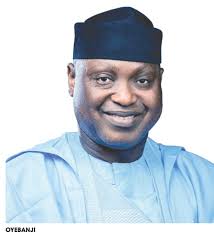 Through a release signed by its State Publicity Secretary, Segun Dipe, APC made available to Irohinoodua asked all and sundry to disregard the rumour and discountenance it as the forlorn wish of some desperate politicians in the state, which cannot come to pass.

According to Dipe, the warped rumour is a demarketing gimmick of some desperate opposition who are unmindful of the fact that they are causing further damage to their zero chances at the poll, instead of enhancing it. Dipe wondered how on earth they would expect the electorates to believe such lie, which they are throwing into the space just two days after the mother of rallies successfully put together by the ruling party in the state.

“While we do not expect anyone to take such mindless and baseless rumour serious, we however owe the public the duty of care and assurance that they should disregard the rumour, which is farthest from the truth.”

“Yes, there were some cases filed by some disgruntled elements regarding the governorship primaries we organized in January this year, which saw to the emergence of Biodun Abayomi Oyebanji, BAO as the candidate of our party, but none has gone beyond the preliminary stage and all of them have been transferred back to Ekiti for hearing. No High Court is sitting on any matter regarding our primary in Abuja as at today. Furthermore, every matter relating to the primary has been adjourned till September this year. To the best of our knowledge, none is up for hearing at the moment. The only one perhaps, is in the wildest imagination of our detractors, which cannot see the light of day. Our party remains focused on the coming election and sure of untainted victory at the end.”

“APC therefore calls on all electorates in the state to remain calm and unshaken in their resolve to ensure that their adored candidate, BAO, and adored party, APC coast home to victory come Saturday, 18 June, 2022.”